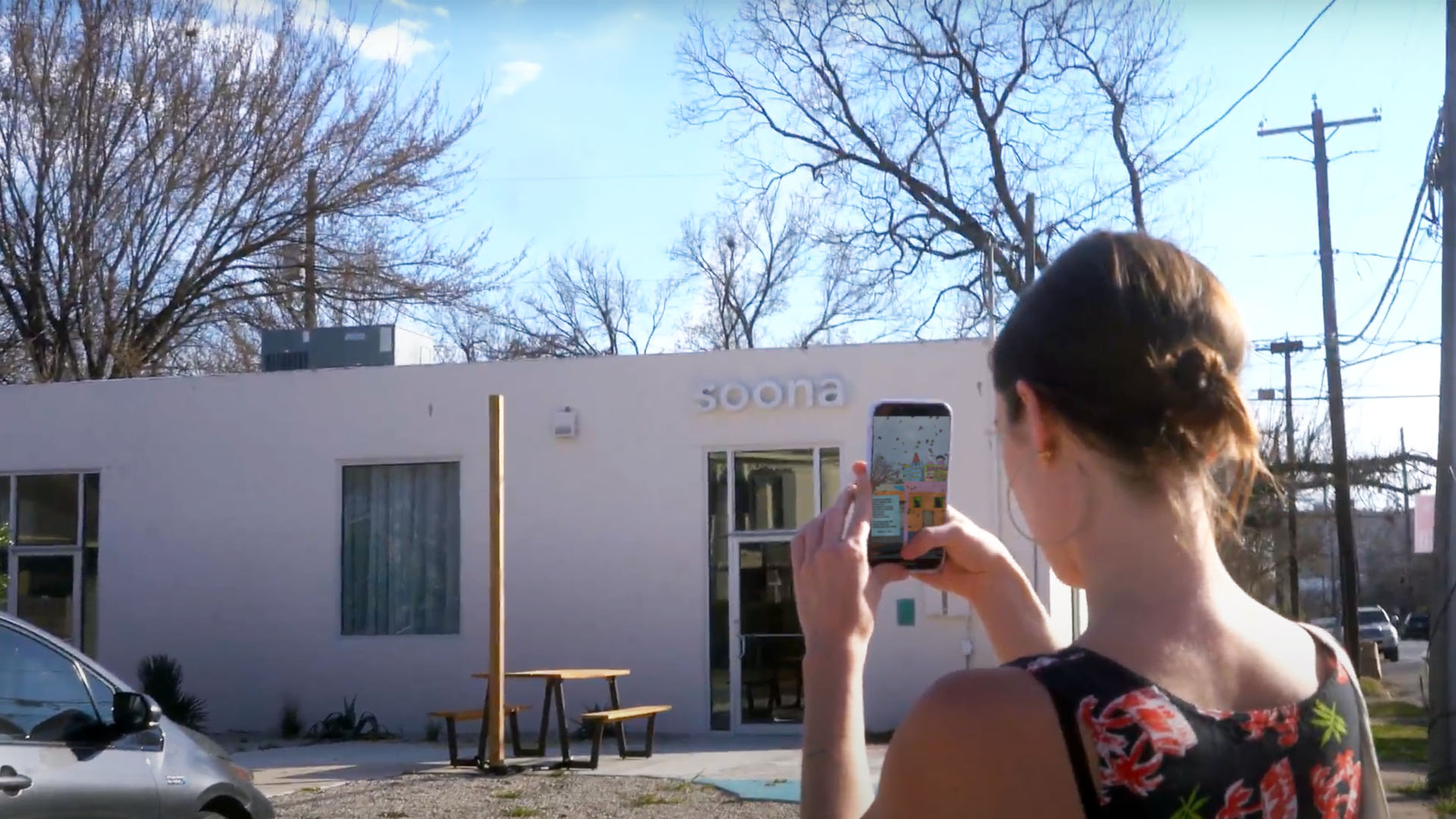 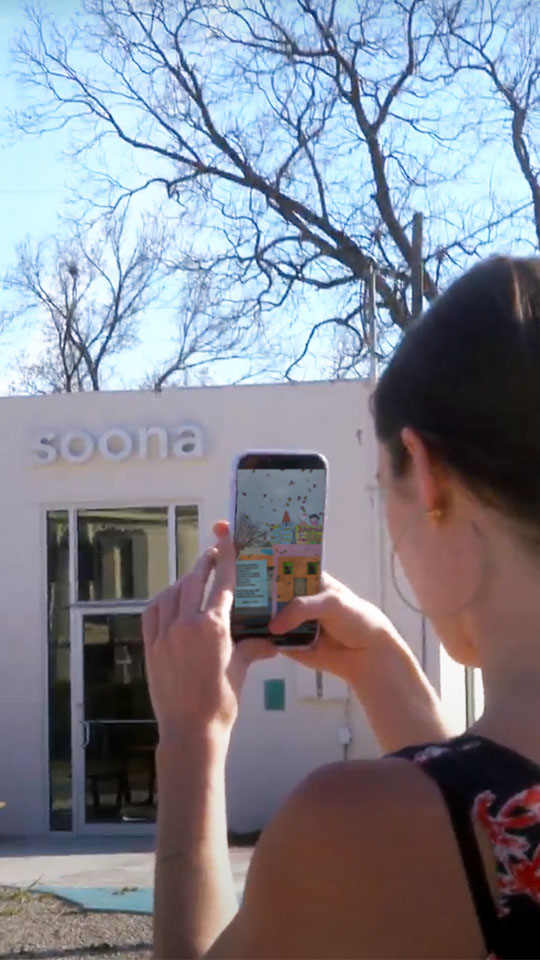 Augmented Reality Project “What Once Was” Debuts at SXSW

Social media initiative “What Once Was” debuted today in partnership with Harper Biewen, Art Director, and Austin, TX-based nonprofits Six Square, celebrating and preserving the great Black arts, culture and history of Central East Austin, and E4 Youth, utilizing the arts, sciences and technology to help underserved youth find and pursue pathways to successful careers in the creative economy. “What Once Was” will debut at SXSW as a free community event on Saturday, March 12th at the George Washington Carver Museum including a walking tour of the AR sites, a Black vendor market, and a panel of local activists and academics.

Conceptualized and designed by Biewen, the immersive AR experience, activated by scanning a QR code, takes users on a visual blast to the past to see what once existed at their exact location while also encouraging people to put their money into local, BIPOC owned establishments to protect the culture and community.

“When I was new to Austin and meeting people, I was almost always met with ‘you should have seen it five years ago,’” Biewen notes. “Austin’s gentrification problem is pervasive and has become part of people’s talk tracks when they reflect on what it is like to live there.” After four years of living in Austin, Biewen understands and empathizes with the feeling of continued loss that Austin natives are experiencing, which has led to her undergoing extensive research for her “What Once Was” project. “It is really hard to watch pieces of Austin that feel so unique turn into copy and paste apartment complexes especially when it is in areas like the East side where Black and Brown folx call home.”

A UT Austin study on gentrification found East Austin is becoming whiter and more affluent despite being historically Black (SpectrumNews1, 2022). “There are so many heart-wrenching stories of BIPOC-owned businesses being forced out of their spaces or being replaced by businesses that are inherently white and don’t support the diverse culture of Austin,” said Biewen. Alongside Biewen, BIPOC high school and college students, via E4 Youth, involved in the project get the chance to tell the history of marginalized people in Austin while developing valuable skills to market themselves as competitive candidates with Austin’s growing tech story.

“What Once Was is a great compliment to the Austin Digital Heritage Project” Carl Settles, founder, E4 Youth. “Many of the students we train and employ are in families that have been pushed out the city’s core and into the outlying areas of town that are more affordable. Our goal is to build a multi-generational community of practice that actively explores our history and invests in these students to build a more inclusive future.”

Jumpolin was a piñata shop on East Cesar Chavez that served a thriving Latinx community for years. In 2015, it was demolished without warning with everything still inside of the store. Today, the space is home to a sleek photography studio that does not reflect the cultural needs or interests of the community that once thrived in East Austin. By scanning the QR code outside of places similar to the photography studio, users will be reminded that gentrification has wiped out so many businesses like Jumpolin while also receiving a history lesson about these businesses.

“What Once Was’ is a community response to the gentrification that undermines marginalized groups, their neighborhoods, their culture, and their history in Austin, Texas,” said Regine Malibiran, Director of Programs and Innovation, Six Square. “We hope that people who engage with this project, regardless of where they live, reflect on how it applies to where they’re from and hopefully spark dialogue and action in their own local communities.”

The @WhatOnceWas Instagram profile will be regularly updated with hints on where to find new AR drops, full stories and features from the owners of small businesses that have gone out of business, spotlighting existing BIPOC-owned businesses that people can support, and information about organizations and mutual aid collectives that people can support to help make a difference.

Catch the news on Adweek!

The Many
Art Director, Harper Biewen