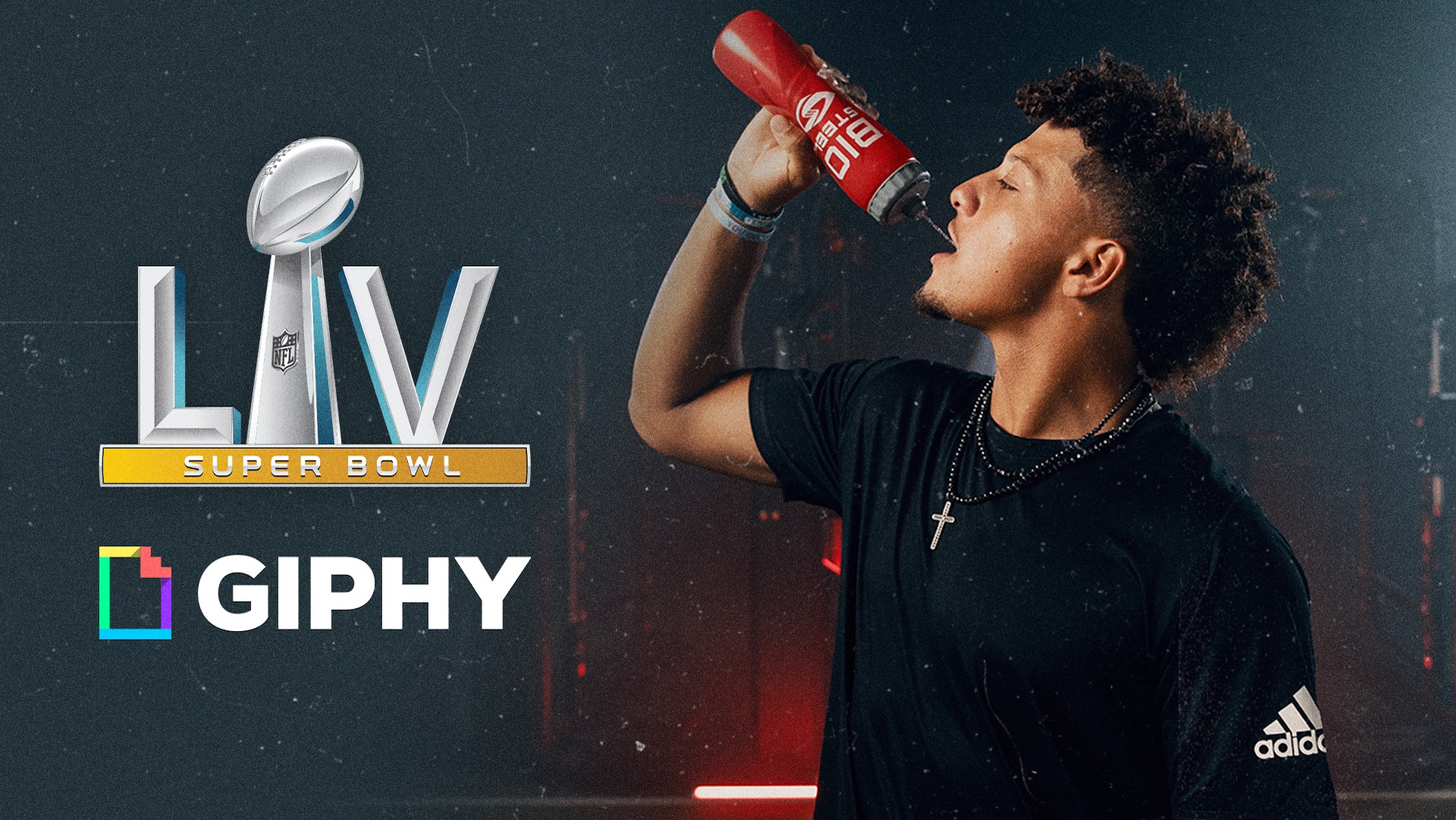 BioSteel Uses GIPHY to Triumph Over The Big Game

During the biggest game of the year, the Super Bowl, millions would be tweeting and posting about star QB Patrick Mahomes. But without a spot in the big game, how could sports hydration brand BioSteel, relatively new to the U.S. market, make a big impact and celebrate the fact that their very own sponsored athlete would be playing on the world’s biggest sports stage? It was time to think outside of an ad.

In just 36 hours after asking ourselves that question, we quickly turned around over a dozen Patrick Mahomes GIFs using only existing BioSteel photo assets and all of zero paid media dollars. By sharing them on GIPHY, they could be easily searched and added to any social post during the big game. We planned for long passes, TDs, bad calls, and more.

The outcome? More than we could have expected! After hitting BioSteel’s GIPHY page Saturday morning, which at the time had approximately 2,500 total views, one of the over dozen GIFs popped up on GIPHY’s trending page Super Bowl Sunday Morning where it stayed all day and all game long.

“The moment we saw KC was heading to the SB, we knew we had to act,” said Josh Paialii, Creative Director at The Many. “GIFs are the last thing you want to over think creatively. BioSteel’s branding is minimalistic, while celebrating what makes their athletes and product so different. Knowing anyone seeing these GIFs might be introduced to the brand for the very first time (and in a very short experience), we wanted to own that BioSteel red and make the brand as contextually relevant as possible.”

By the end of the Super Bowl, BioSteel’s GIFs had generated 10+ million brand views. From concept and art direction, to animation and posting, we helped generate tens of millions of BioSteel impressions in just over one day. Trending on GIPHY and showing up on millions of screens? Without a sponsorship or spot in the big game, it was a creative, cost-effective way to be part of the social conversation with a best case scenario outcome.