To create the biggest impact and give NOS Energy Drink fans an inside look at its fearless World of Outlaws sprint car series, we had to go bigger than a traditional spot. Instead, we set out to prove why drivers risk their lives for winged car racing—it’s all For The Love of Dirt. The full-length documentary recently aired on CBS Sports, and the journey has been nothing short of exhilarating.

The race began when we headed to the Knoxville Nationals, the Super Bowl of sprint car racing where over 20,000 fans gather every year. There, the stakes are higher than ever. As our crews followed the NOS Energy Drink team, led by Ricky Stenhouse Jr., one of the best drivers of all time, the rich history and tradition of the sport came to life, fueled by the energy and intensity of competition. And in the end, we did something that had never been done.

For The Love of Dirt takes viewers on and off the track with a rare inside look at the red flags, devotion, passion and fraternity, and of course, the wheel-to-wheel racing that will turn your knuckles white. When it came time to share it with the rest of the world, we pulled out all the stops.

“In the racing community, we’re all a big family, and this is the first time something has been done like this for our sport. I think it’s going to open eyes to a whole different set of fans out there...and get them to be part of the family too.”
- Sheldon Haudenschild, NOS Energy Drink World of Outlaws Driver

The film first made an exclusive debut at the Indianapolis Motor Speedway during a special event for fans. With a Spring connected TV release planned, things shifted when the Coronavirus swept the globe. With fans sheltering in place, NOS released For The Love of Dirt on YouTube, supported by billboards in key markets across the U.S.. To date, nearly a million fans on the platform alone sheltering in place all over the world, have been able to tap into the racing spirit like never before.

And its impact is like nothing the World of Outlaws sprint car circuit has seen before. For The Love of Dirt is the first film to dramatically and intimately shine a spotlight on the conditions and speed that its own drivers call “a recipe for disaster.”

Buckle up and watch the trailer below, and visit YouTube or Amazon Prime to see who will take home the prize at Knoxville.

To hear what NOS drivers Ricky Stenhouse Jr. and Sheldon Hauschenchild have to say about ‘For The Love of Dirt’ go to ESPN Radio, Fox 59 Indianapolis and iHeart Radio’s The Freaks with Kenny & Crash. And check out this high-drama story in Muse by Clio for an insider interview with The Many’s Head of Production, Dave Horowitz, and Director, Trevor Paperny. 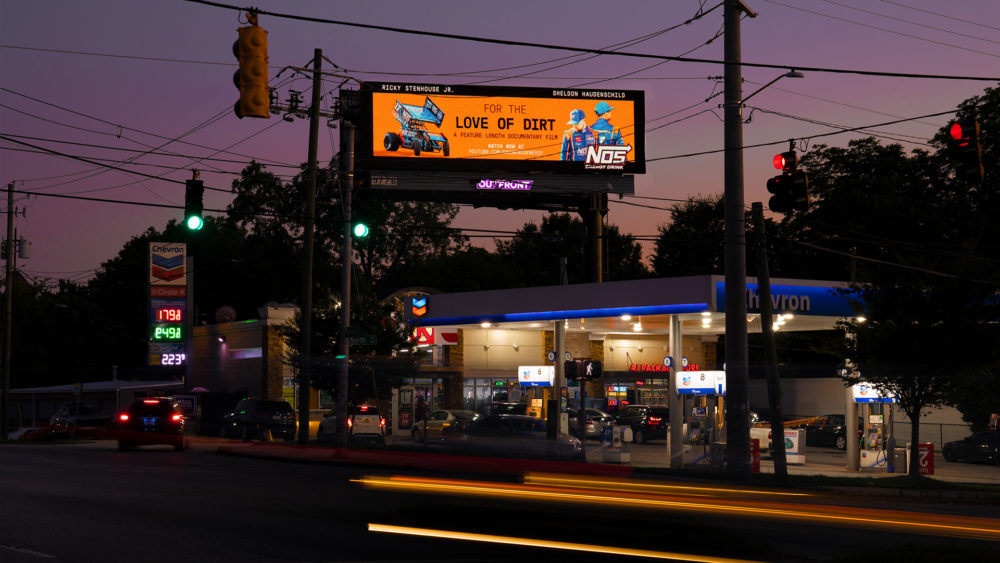 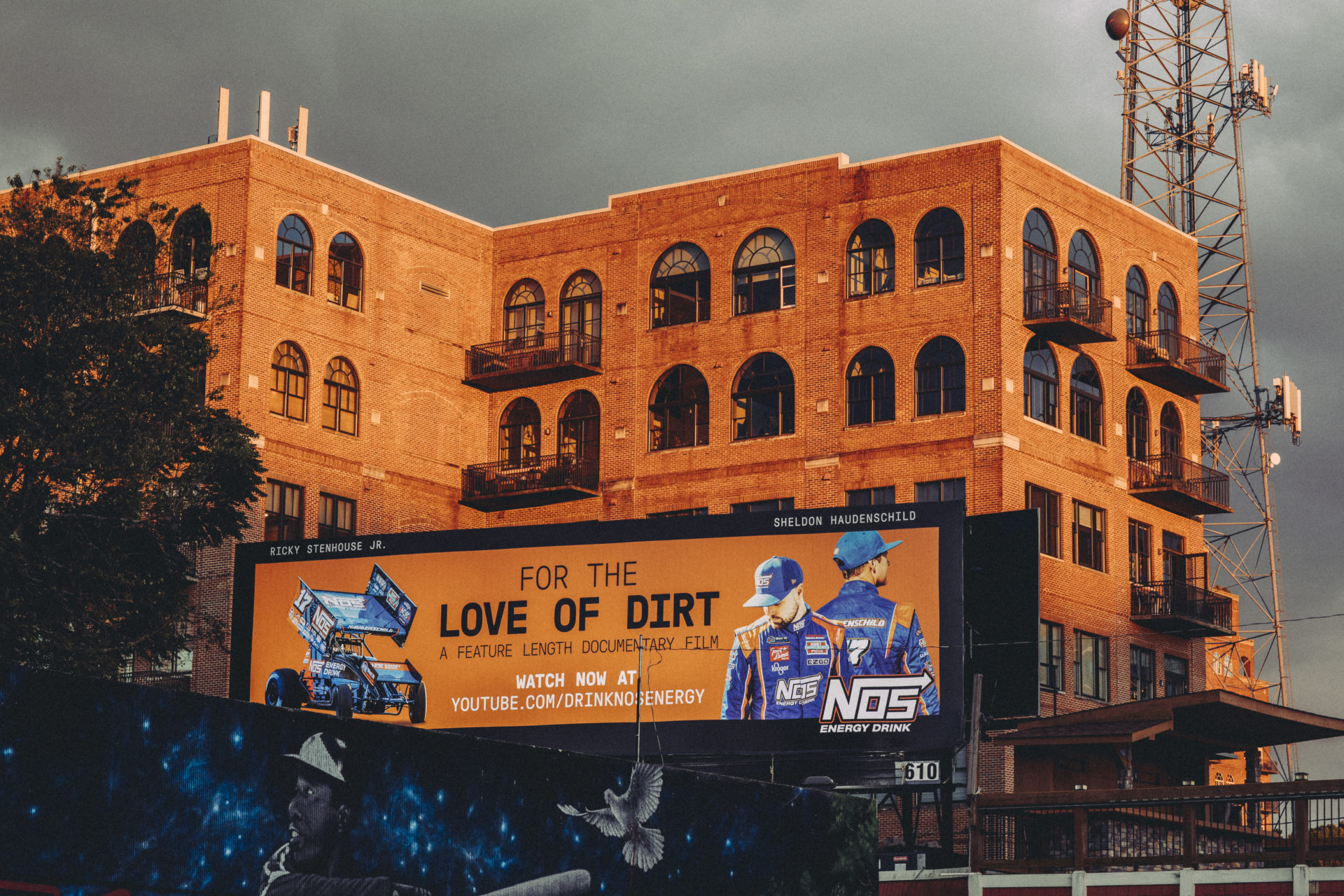 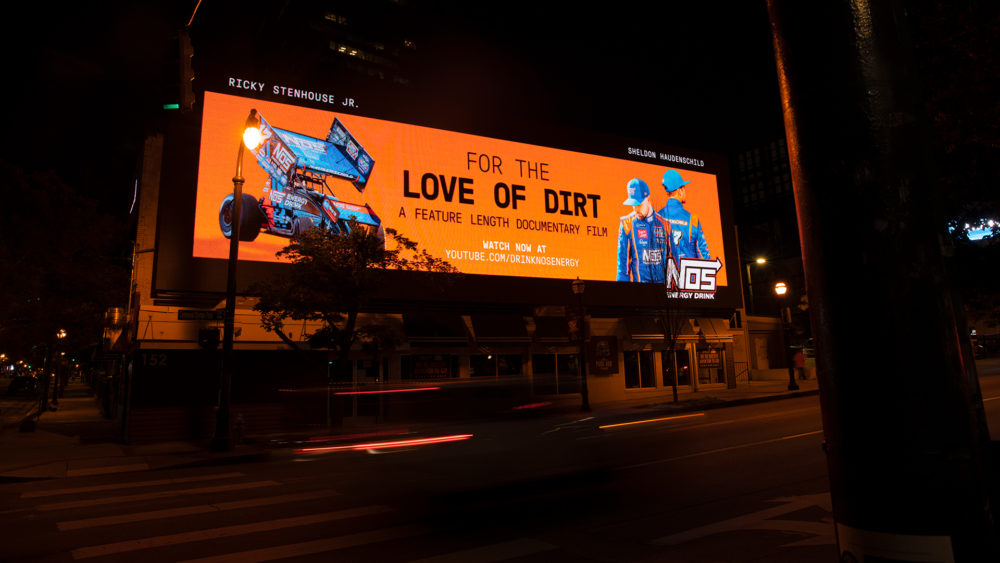