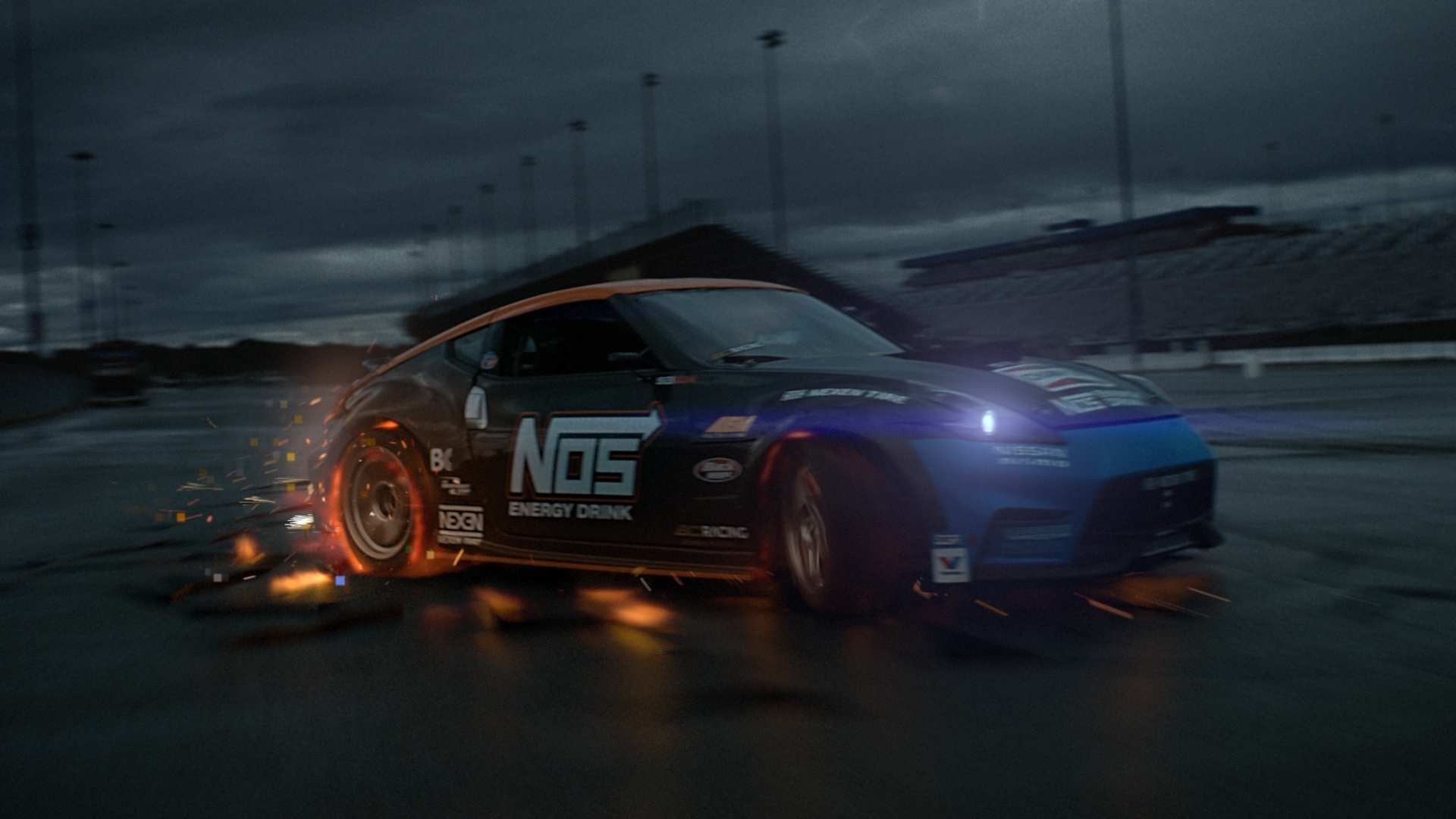 Plus Plus Kicks Into High Gear for NOS’ Exhilarating ‘Energy Rift’

The 10-day shoot for NOS Energy Drink’s latest iteration of Human Horsepower 2.0 took a drastic turn when COVID-19 hit and all production came to a grinding halt. NOS drivers like Formula Drift Champion Chris Forsberg, NASCAR superstar Ricky Stenhouse Jr and dirt drivers, Sheldon Haudenschild, Justin Grant, Chris Windom, Tyler Courtney, and Shane Golobic, were all lined up each for their own one-day shoots, but as with the rest of the world, everything changed.

But with almost ten years in the dust with this boundary-pushing brand, and first out of the gate with The Many’s sister agency Plus Plus, together we launched Energy Rift and continued to deliver exactly what NOS fans crave—high energy, intensity, and power. Without missing a beat, and together with our friends at The Mill, we leaned into the ‘production plus whatever it takes’ philosophy to turn the wealth of content and sick shots we’ve amassed throughout our time with NOS into a brand new, fresh and premium spot.

Energy Rift follows the release of our full-length documentary For The Love of Dirt, the first film to dramatically and intimately shine a spotlight on the conditions and speed that its own drivers call “a recipe for disaster.” The film was released earlier this year shortly after the world went  into lockdown, dramatically increasing eyes on NOS with over 1million views across YouTube & Amazon Prime Video alone, plus national and local network broadcast viewership for its Primetime premiere on CBS Sports.

“Our ability to pivot so quickly in a challenging situation speaks volumes to the value of long-term client relationships and the trust developed throughout the years of working together,” said Dave Horowitz, Plus Plus Executive Producer. “We had so much content in the bag from shooting year over year with NOS that before we were officially forced to pull the plug, we were already ideating what we could do with our backlog of footage to ensure the campaign moved forward.”

Kick up some energy and check it out below!