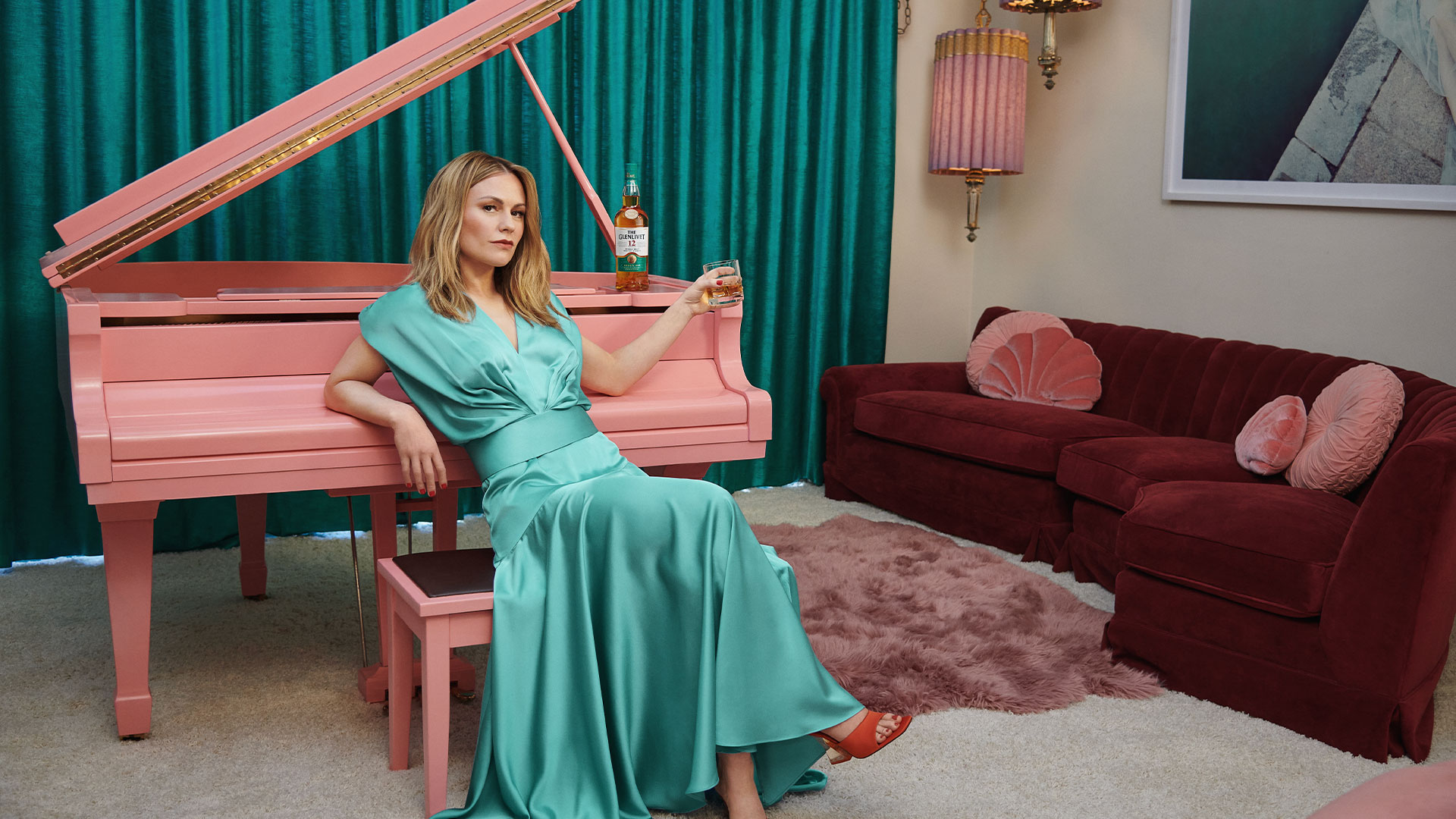 Whisky Doesn’t Care What’s Between Your Legs According To New Campaign for The Glenlivet Featuring Anna Paquin, Produced by Plus Plus

Academy Award Winner Anna Paquin and renowned Single Malt Scotch The Glenlivet are ripping up the rule book on whisky drinking traditions in a provocative new campaign for Australia and New Zealand.

In 2022, the Original Speyside Single Malt is on a mission to break the whisky drinker stereotype and shine a light on all appreciators. As Paquin says in the new commercial, “Whisky doesn’t care what’s between your legs, so why should we be told to follow these rules?”

The launch film, created in collaboration with Australian based creative agency Emotive, directed by famed fashion director and photographer, Jamie Nelson, on location at her 1968 Hollywood Regency style house in San Fernando Valley, LA, and produced by The Many’s sister agency, Plus Plus, sees Anna turning whisky drinking traditions on their head. Whether squeezing fresh fruit into The Glenlivet, enjoying some whisky with ice or simply using whatever glass is closest, Anna revels in the kind of totally normal behavior that makes Whisky purists squirm in their leather bound armchairs.

To challenge traditional perceptions of Whisky, Emotive CEO, Simon Joyce shares “We set out to deliver a campaign that flipped the script on preconceived ideas of how it should be drunk and advertised. Gone are the tumblers, fireplaces, oak barrels, reconstructions of Scottish life in 1822 and dark brooding men with facial hair. In their place is Canadian born, New Zealand actor Anna Paquin, a blue tiger head and all kinds of Whisky drinking blasphemy. Hopefully the audience enjoys it as much as we did making it.”

“We have always wanted to collaborate with Jamie, and it was simply a matter of time before we had the perfect project to do together,” said Dave Horowitz, Head of Production at Plus Plus. “I love the positioning of the campaign, and we’re always down to help challenge what is comfortable and disrupt conventions.”

Paquin was selected to become the face of The Glenlivet Australia and New Zealand due to her ongoing invitation to flip convention on its head. She is a vocal advocate for the LGBTQIA+ community.

Noting her first experience with The Glenlivet, Anna Paquin broke conventions by adding tonic to the whisky, stating: “I first discovered Glenlivet while I was working in Scotland. While it tastes great on its own, I found it’s even yummier when you add a little mixer and create a cocktail.”

The Australian and New Zealand campaign builds on The Glenlivet global mission to change the outdated perception of the stereotypical whisky drinker – one image at a time. To challenge the cultural norm of the whisky drinker as a middle-aged white man, The Glenlivet is infiltrating search engine algorithms, purposefully planting images to change the visual landscape.

#BreakTheStereotype celebrates inclusivity within whisky and is the first in a series of bold ambitions The Glenlivet is undertaking as part of their new platform, ‘This Is Whisky’, which aims to challenge a range of old upheld conventions in the world of whisky. Now when searching ‘whisky drinker’ using Google ImagesTM search service, the user is greeted with a colourful montage as unique and diverse as real whisky drinkers in 2022. In Australia and New Zealand, nearly a third of female drinkers drink whisky monthly*, a 40% increase since 2015**. Females are adopting whisky at four times the rate of males.**

On offering her personal space to shoot The Glenlivet campaign, Jamie Nelson notes: “It made so much sense to shoot this The Glenlivet campaign with Plus Plus Productions at my house. My vision for the campaign was to take the consumer away from the stereotypical stale and outdated brown leather whisky drinking den we imagine our grandpas sipping scotch and whiskey in. Instead I wanted to showcase our star, Anna Paquin, in a new whisky-drinking world that is colourful, playful, sexy, rock and roll, and exudes unashamed confidence in one’s self.”

The Glenlivet’s new campaign with Anna Paquin has launched in Australia and New Zealand. To read more on the campaign and #BreakTheStereotype head to The Glenlivet’s website.