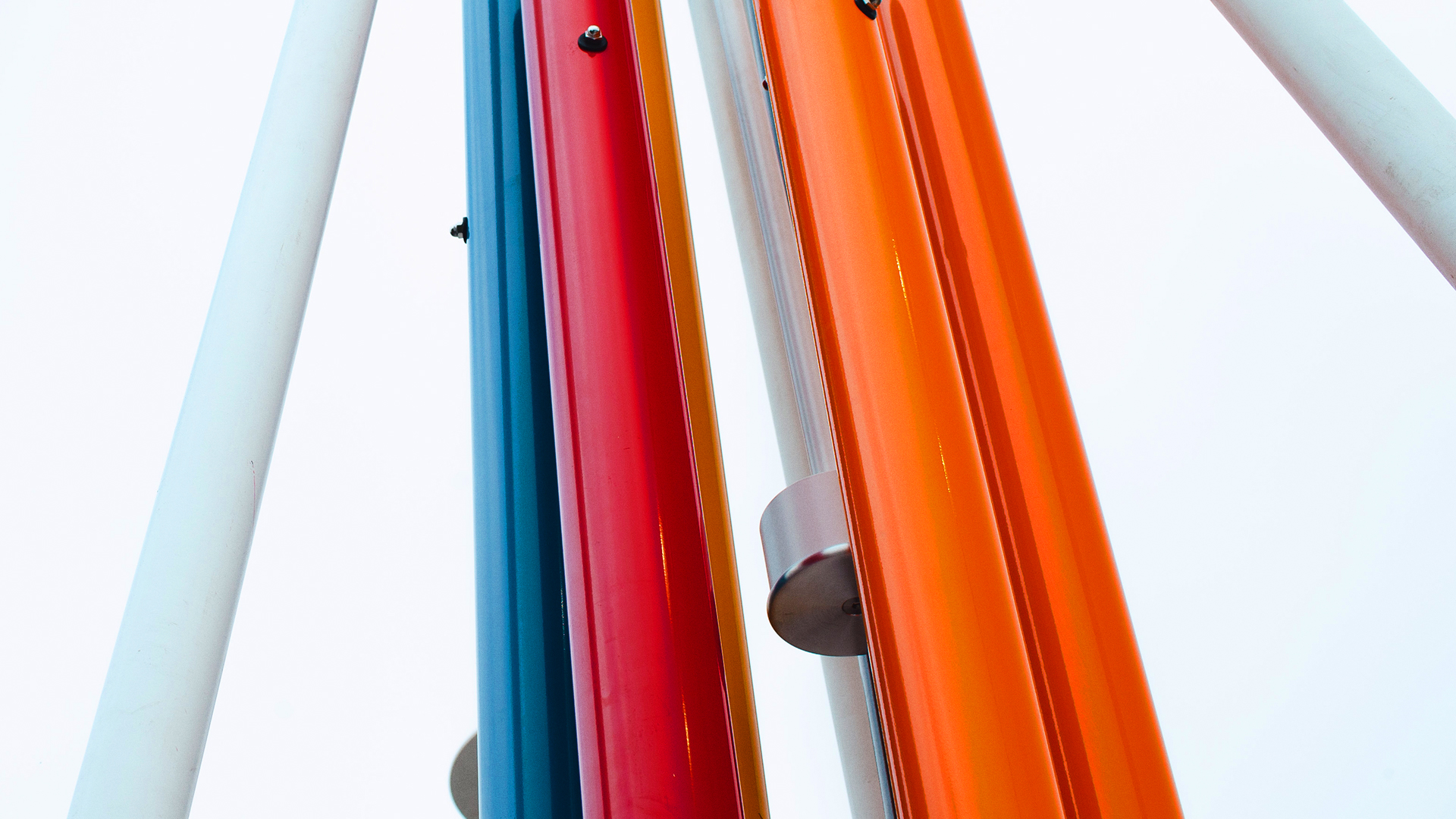 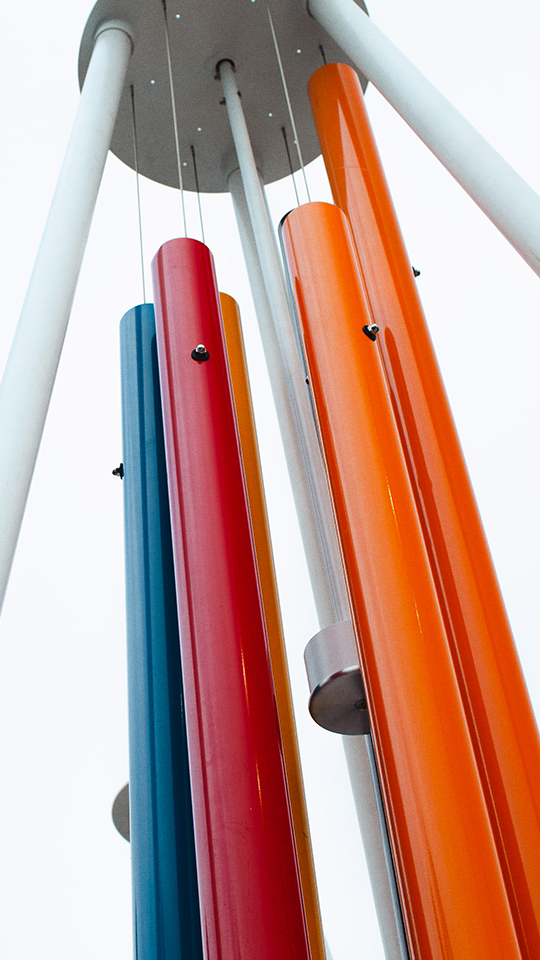 Arup, John Friedman Alice Kimm Architects (JFAK) and The Many Partnered with United Way of Greater Los Angeles for “Listen In” Sound Art Installation at WalkUnitedLA 2021

Global engineering and consulting firm Arup, renowned architecture firm John Friedman Alice Kimm (JFAK) and The Many—and our sister production company Plus Plus—partnered with United Way of Greater Los Angeles for the debut of the sound art installation,“Listen In,” that inspires a collective awareness to end homelessness. The experience took place at the annual WalkUnitedLA event on Saturday, November 6 at SoFi Stadium.

The installation built upon United Way LA’s  “Everyone In” campaign, which focuses on ending homelessness across Los Angeles County by providing critical services and housing to those who need them most. “Listen In” invites attendees to think about the power of collective action as they walk through an up to two-story tall series of chimes, carefully sized to create an experience that physically draws the body in through sound and provides a moment for reflection. “Listen In” educates and deepens one’s empathy toward the housing and homelessness crisis by exposing them to the crisis’ complexities.

Ending homelessness will require individuals to work together and collectively fight for solutions we know work. Each of us has a right to safety, stability, and housing. Each of us has the responsibility to speak up for human dignity.

“Everyone involved put a lot of time and heart into Listen In,” said Dave Horowitz, Head of Production at The Many and Managing Director of Plus Plus. “It’s been a pure joy to work with such amazing partners, and we hope that this sound art installation encourages people to get involved in supporting housing to our neighbors experiencing homelessness.”

JFAK, led by Alice Kimm, FAIA  & John Friedman, FAIA designed a set of nineteen independent tripod structures that each support six hanging chimes. The tripods appear anthropomorphic because of the addition of “sails,” proportionally like heads, that sit atop them. The sails come in four shapes: rectangle (referencing the door that symbolizes the “Everyone In” movement), oval, circle (both faces), and a gabled house shape.

Collaborating with structural engineers and acousticians at Arup, musicians and former bandmates Dave Horowitz of The Many and Terence Caulkins of Arup, and longtime JFAK fabrication partner Chris Berkson of Berkson Fabrication, JFAK shaped the sonic, visual, and architectural components of “Listen In.” Each of the project’s 114 individual chimes has a distinct radius and length. With Arup’s acousticians, JFAK worked on grinding and then testing each one to ensure that it would emit one of ten precisely selected tones when gently swayed by the wind or struck manually by a visitor.

“‘Listen In,’ our public sound art installation asks that all individuals take a moment to listen, reflect, and become engaged in shaping a brighter future for Los Angeles and beyond – a future in which every person has a roof over his, her, or their head, and a future in which affordable housing is available and accessible to all,” said Elise Buik, President and CEO of the United Way of Greater Los Angeles.

WalkUnitedLA was the first Los Angeles Rams signature community event at SoFi Stadium in Inglewood. In addition to the 5k walk/run course and “Listen In” installation, participants had opportunities to get involved and learn about United Way of Greater Los Angeles’ vision for a more just and equitable Los Angeles County. 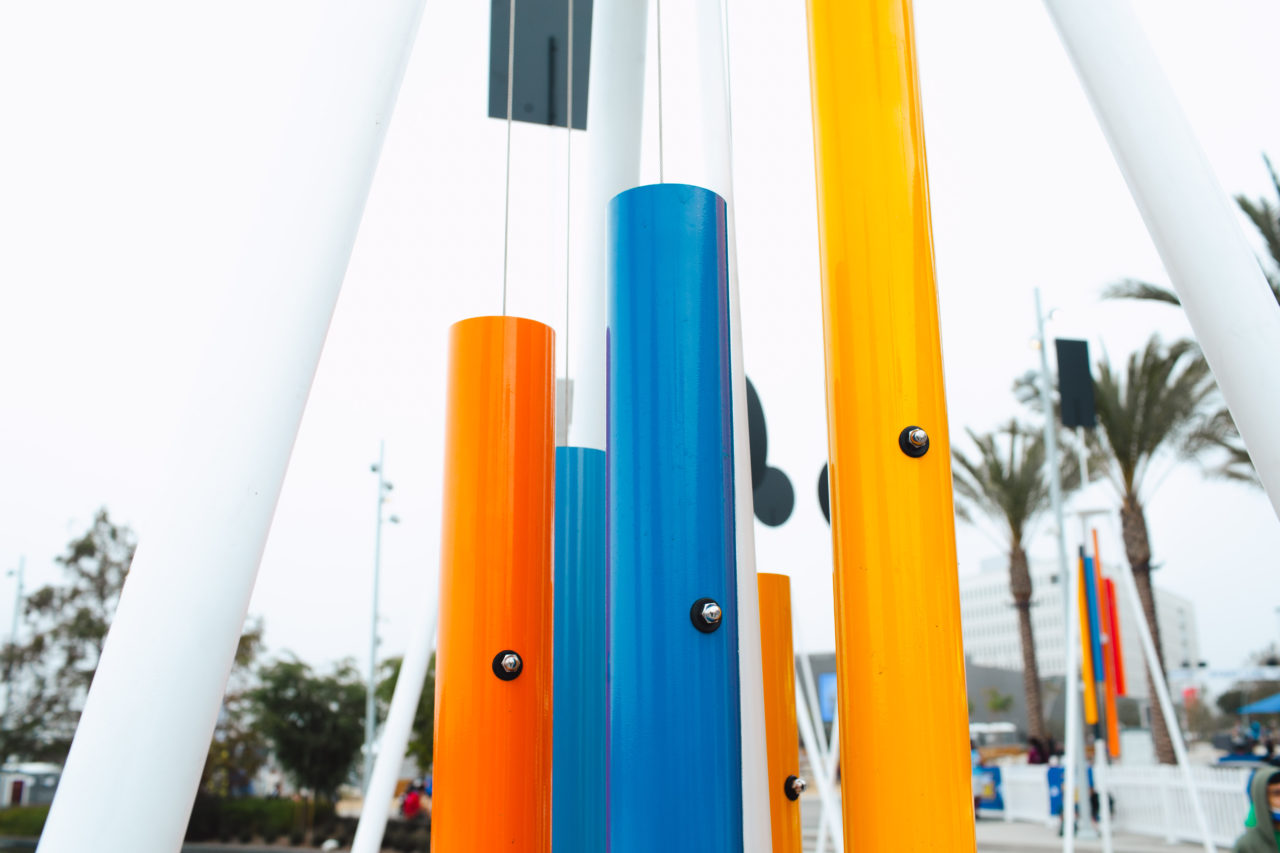 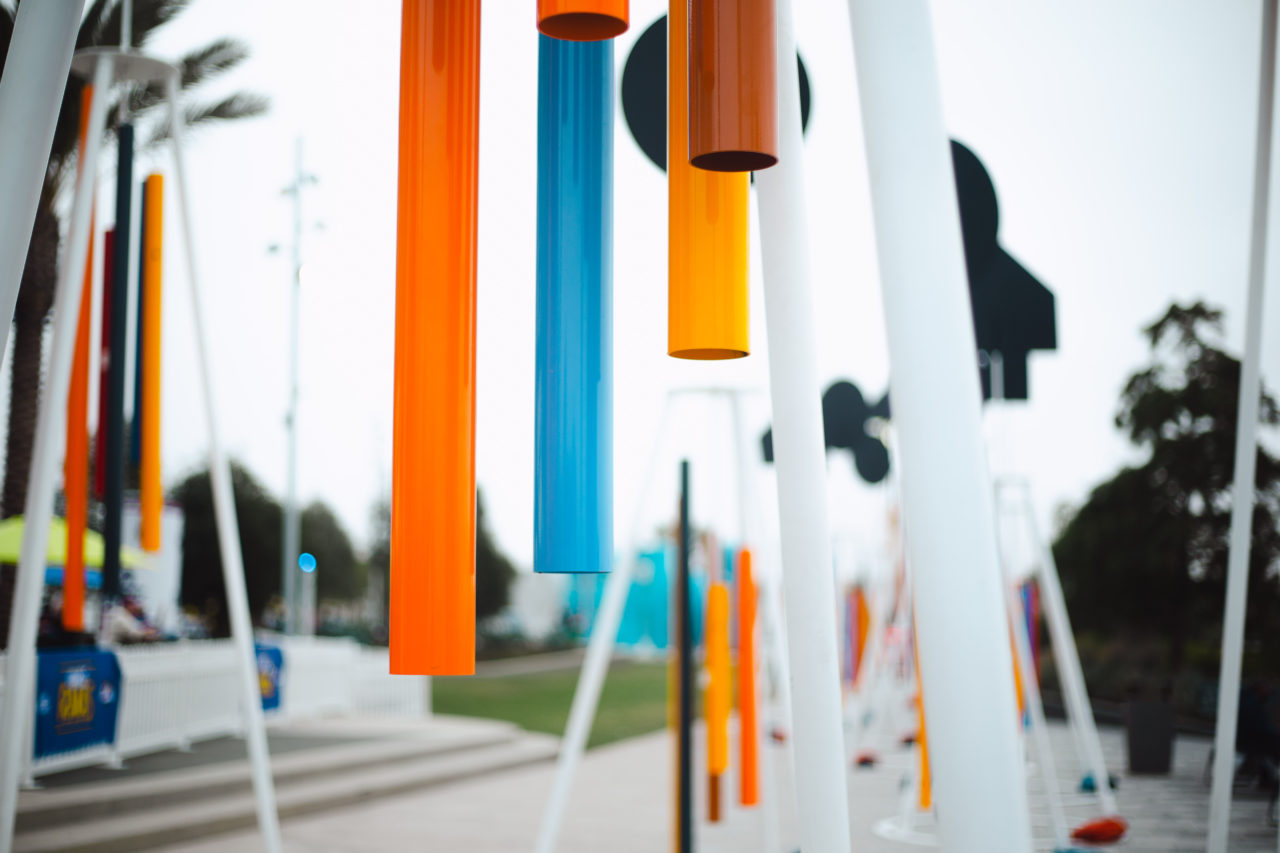 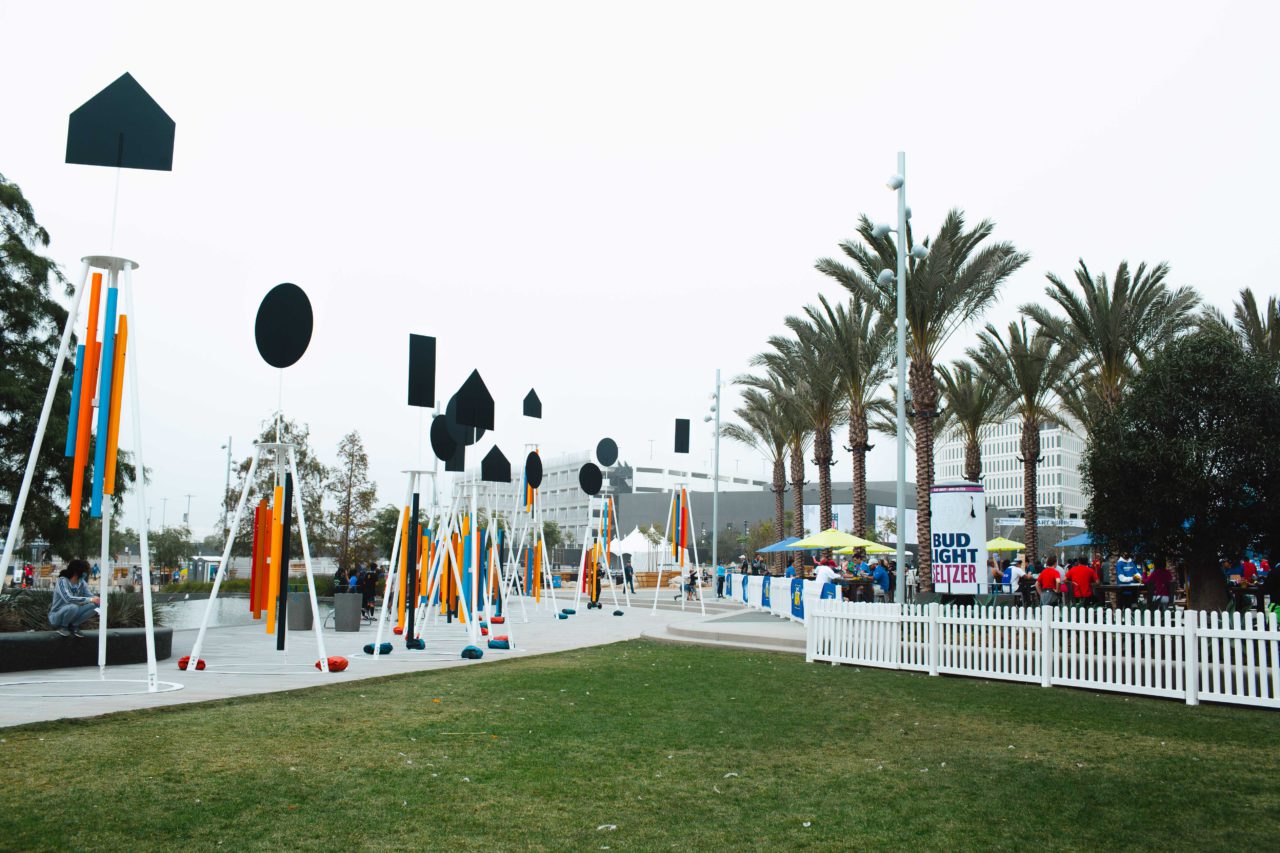 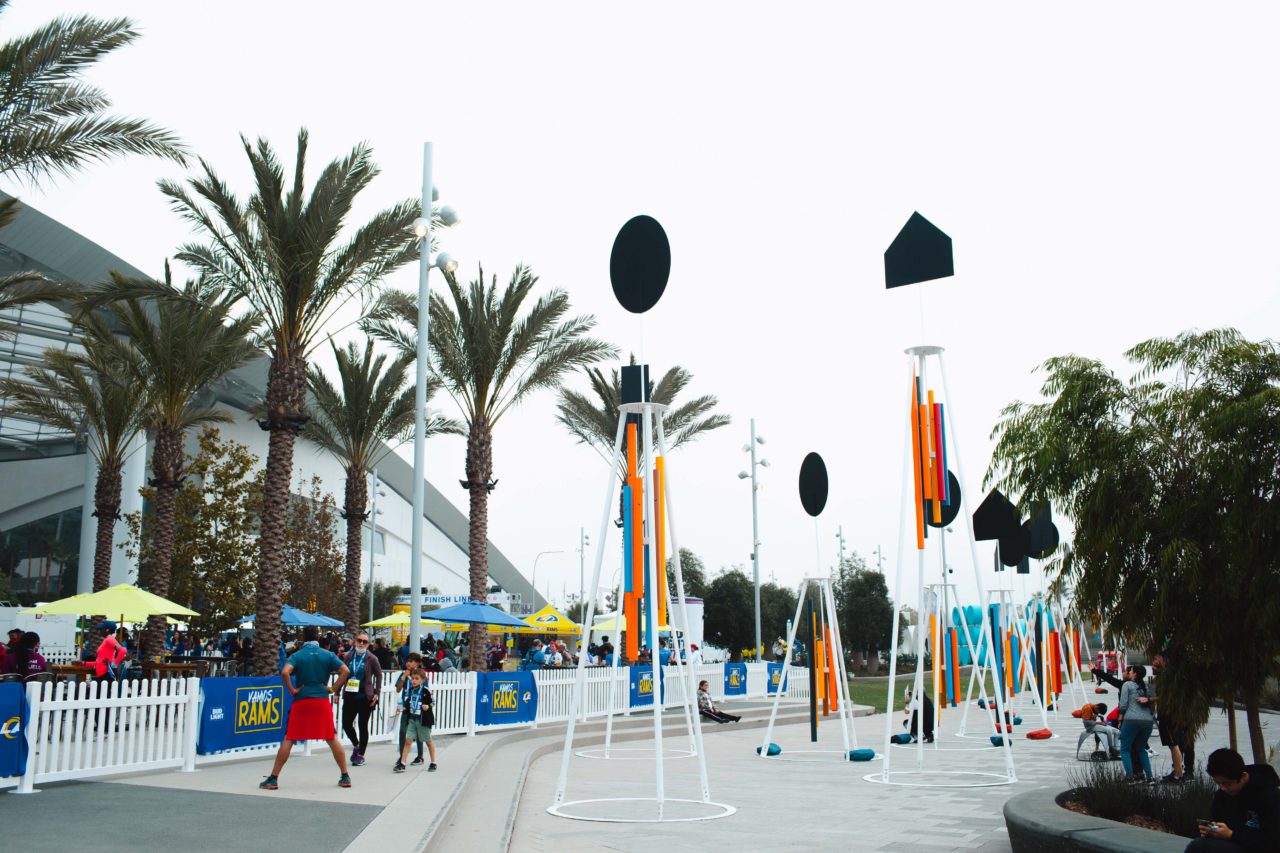 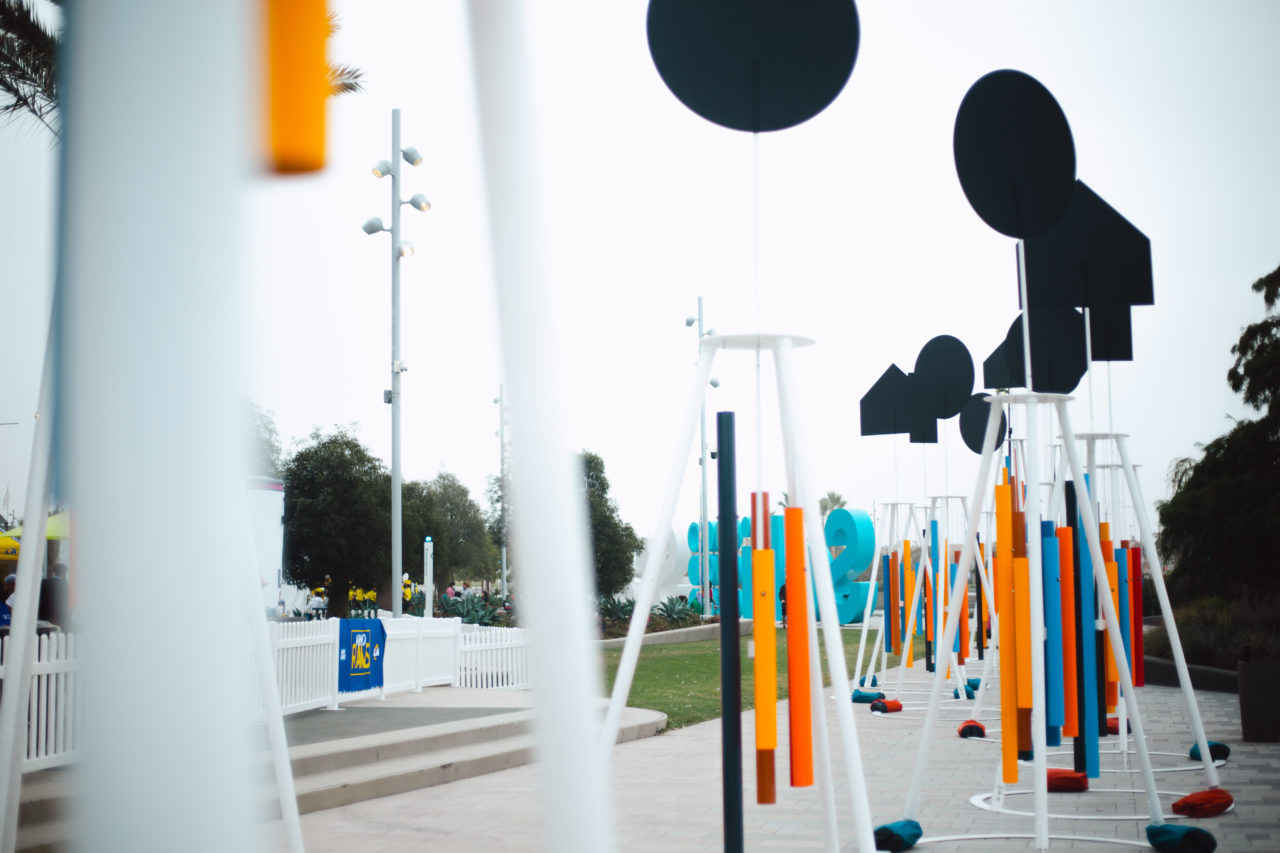 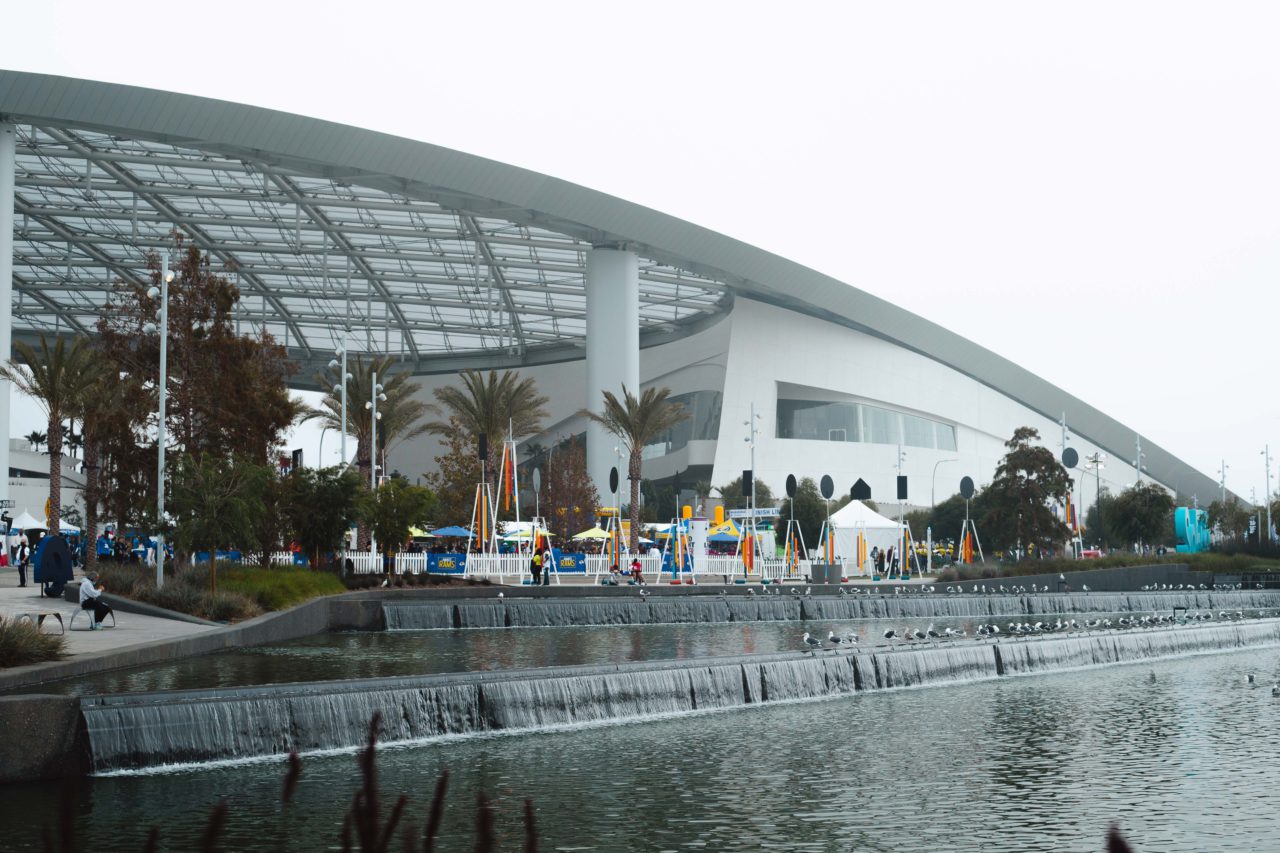